In June 2020, The Hong Kong Monetary Authority (HKMA), the People’s Bank of China (PBoC), and the Monetary Authority of Macao (AMCM) jointly announced the launch of a cross-boundary wealth management connect pilot scheme — the Wealth Management Connect (WMC)— in the Guangdong-Hong Kong-Macao Greater Bay Area (GBA) and unveiled the intial framework of the scheme. This marked another important milestone for the mainland’s capital account liberalisation after the Stock Connect and Bond Connect schemes.

In time, the WMC is expected to provide an unprecedented fillip to Hong Kong SAR and its private banking and wealth management industry. An estimated RMB 200 trillion (US$29.80 trillion) in investable assets of around two million Chinese HNWIs is on tap.

Hoping that a trickle turns into a gush
Monnet said a big boost would come in the form of providing more advisory services to onshore clients in line with the likely intention of the Wealth Management Connect.

“If you put yourself in the shoes of a client, the dream would be to have a framework where that particular client sitting in Hong Kong could actually open an account in Shenzhen and access wealth management products or corporate bonds in China very seamlessly,” said Monnet.

The ability for a Shenzhen-domiciled client, vice-versa, to buy a global discretionary mandate managed out of Hong Kong and default plans would be helpful, he said. 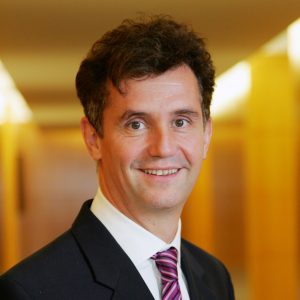 For the WMC to realise its full potential, there needs to be a couple of clarifications or expansion of the programme, said Monnet.

“At the end of the day, for the private bank itself, we are looking at internationally-minded ultra high-net worth clients,” she said.

HSBC, for example, wants to rely on its core strengths to get a bigger slice of the pie. The bank has 170 outlets across more than 50 cities on the mainland, its website showed.

Apart from leveraging its vast retail bank presence onshore, HSBC is seeking to offer full-service private banking and wealth management services to its commercial banking clients. This would be in addition to reaching out to existing clients, building digital channels and products and offerings in the retail banking segment, said Tan.

“We are looking at ultimately being able to do a full-service private bank onshore,” she added.

That push will be focused on important centres such as Beijing, Shanghai, Guangzhou, Shenzhen, said Tan. In June, the bank launched ‘Jade Legacy’, offering legacy planning for HNW clients in China. The Jade RM team in China is expected to expand over 30% in 2020.

“But we are also looking at the coastal cities, as well as some of the cities where we actually have a high population of customers that are in the right target segment for us, especially the ultra-high net worth,” she said.

“I think the WMC is just the very beginning, and for us to be able to work and test our platform to ensure that it is going to be able to serve the client in a country where the regulations and licensing is extremely complex is something that I think is a really good way for us to kickstart the journey,” said Tan.

The pot at the end of the rainbow

Mainland clients are estimated to have parked about 20% of their net worth offshore with the rest held onshore. The natural progression would be to offer offshore advisory onshore, said HSBC’s Tan.

“My own view is that one day it (onshore and offshore) will all converge,” said Tan. Ultimately for an international bank like HSBC, it would make sense to offer global investing opportunities to onshore clients, she said.

Beyond the financial benefits, Credit Suisse’s Monnet said there will be tangible benefits in terms of innovation and higher standards of banking.

The WMC will drive greater product innovation in Hong Kong and spur competition in this region, said Monnet. “This will raise the bar for a greater product diversity, higher quality and more robust risk management system,” he said.

Credit Suisse is looking into inorganic opportunities in China and also trying to set up business incubators.

We’re all in this together
What’s helping make the WMC a likely success is the cooperative approach taken by all stakeholders, said HSBC’s Tan.

“Everyone has a very open mind and they are willing to discuss and explore the different directions and solutions that they are working on,” she said. 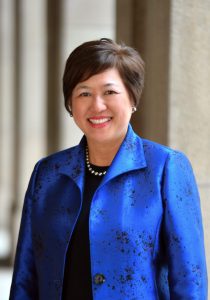 For HSBC, along with their retail banking push to increase wealth management clients, the bank would also like to leverage its asset management business, said Tan.

“We have also got asset management where some of the licences will be needed for us to be able to roll out a full advisory-led private-banking service,” she said. HSBC’s insurance unit is also providing wealth solutions to onshore clients, she added.

“We have become aspirational for a lot of technology clients when it comes to being IPOed by Credit Suisse since we did Alibaba many years ago,” said Monnet. Its WM offering in China is closely associated with its equities joint venture and investment banking franchise.

“We have been very active in the Pearl River River Delta, and in Shenzhen, with the entire tech community which is crossing borders, as well as we crossing borders in the context of all kinds of financial activity,” he added.

Setting the path for success
HSBC’s Tan says the industry as a group needs to invest in and develop wealth management talent apart as an important next step.

“If we want to be able to really deliver the advice that is expected by the onshore clients in the market, then I think it is extremely important that all of us have to contribute to the development of talent in the market,” she said.

Success in China for Credit Suisse would mean the Middle Kingdom being as successful as Asia Pacific, said Monnet.

“China is going to be as big as Asia Pacific. Anything below that will not define success,” he said. In June, Credit Suisse named ex-China Merchants Bank private banker Wang Jing as the new head of WM China onshore.