After rewarding innovation-based strategies handsomely in 2020 and early 2021, equity markets have rotated aggressively toward cyclicals and other value-based strategies during the last few months. In our view, this rotation has broadened and strengthened the bull market significantly, preventing another tech and telecom bubble and setting the stage for another leg up in innovation-based strategies. Had the equity market continued to narrow toward innovation, the odds of a bust like that after the tech and telecom bubble would have increased. Instead, valuations have reset, particularly in “stay-at-home” stocks, many of which have been cut by more than half since last summer. In our view, the coronavirus crisis transformed the world significantly and permanently, suggesting that stay-at-home and other innovation-driven stocks will regain momentum.

In our view, this rotation has broadened and strengthened the bull market significantly, preventing another tech and telecom bubble and setting the stage for another leg up in innovation-based strategies.

Many investors increased allocations to innovation-based strategies late last year and early this year. Even at the peak of the market, that strategy appeared to hold merit given the unexpectedly high growth rates that we believe are evolving in the five innovation platforms around which we have centered our research: DNA sequencing, robotics, energy storage, artificial intelligence, and blockchain technology. Enabled by 14 technologies, these platforms have been gestating for the past 20-30 years and, in our view, only recently have hit the escape velocity that will result in exponential growth trajectories during the next five to ten years.

The good news is that fear, uncertainty, and doubt (FUD) have provided investors with an opportunity to average down into some innovation strategies at an approximate 30-40% discount to their recent peaks. Typically, FUD accelerates the adoption of new technologies as concerned businesses and consumers change their behavior patterns and adopt products and services that are less expensive, more productive, and more creative than those in the legacy world. The coronavirus pandemic accelerated behavior shifts that already were underway and are unlikely to reverse now that the world is recovering from its shock. For the most part, therefore, during the past three months our long-term earnings projections associated with companies enabling the 14 technologies involved in disruptive innovation have not changed. Their stocks, however, have dropped 30-40% on average as noted previously.

Why Has the Stock Market Rotated from Growth to Value, And How Long Will the Rotation Last?

We believe that chief among the reasons for the rotation and a reset in innovation-based strategies during the past three months are the following: 1) competition from a V-shaped recovery during which cyclical earnings growth is outpacing, temporarily, the strong secular growth of early-stage companies, and 2) a rise in both inflation and interest rate expectations as cyclical earnings accelerate, which has shortened durations and increased the discount rates used to value long-term cash flows.

In our view, these reasons will unwind during the next six months, perhaps sooner rather than later given the extreme volatility in the equity, fixed income, and commodity markets. As we delineated last year around this time, this V-shaped recovery was inevitable as various policies around the world bolstered consumer savings and stimulated consumer spending on durable and nondurable goods. At the same time, expecting a protracted recession – if not depression – businesses slashed inventories and capital spending and now are grappling with record low inventories relative to sales. In fact, as businesses scramble to catch-up with demand, we would not be surprised to learn after the fact that they have double- and triple- ordered supplies only to see demand for durable and nondurable goods disappoint as, once vaccinated, consumers satisfy pent-up demand for services. Typically representing a third of consumer market baskets, spending on durable and nondurable goods increased to more than 41% of total consumption during the past year.[1] Now that consumers seem to be shifting more of the mix to services, goods as a percent of total consumption could drop below 30%, ending supply chain issues rather abruptly. In response to excess supply, commodity prices could unwind as abruptly and sharply as they have increased during the past year. Ten-year Treasury bond yields already have stalled below the 1.74%[2] hit on March 31, perhaps flagging the possibility of this scenario.

Interestingly, the biggest beneficiaries of the rotation toward cyclicals during the past six months have been the two sectors that we believe will be disrupted the most by innovation during the next five years: Energy and Financial Services. Energy has returned 77.67% since September 30 and 39.06% year-to-date while the Financial Services sector has returned 56.17% and 26.77%, respectively, well above the 23.57% and 10.19% returns, respectively, delivered by the S&P 500.[3] In our view, autonomous electric vehicles and digital wallets, including cryptocurrencies and the decentralized financial services (DeFI) associated more broadly with blockchain technologies, will disrupt and disintermediate both Energy and Financial Services significantly during the next five years.

During the housing boom in 2006, five US financial regulators issued guidance to address concerns about exotic home equity loans and speculation in the housing market. While those of us who took their concerns seriously dialed down the risk in our portfolios, equity and commodities markets continued to discount a turbocharged cyclical outlook: oil prices more than doubled from roughly $60 per barrel in late 2006 to $140 in early 2008. Meanwhile, 10-year Treasury bond yields declined from 5.29% in June 2007 to 3.31% in early 2008. Clearly, the bond market saw the future well before the equity and commodities markets, and before the bottom fell out of housing in late 2008.[4]

Once again today, commodities prices have been soaring while bond yields are slipping. Oil prices have more than tripled from less than $20 during the depths of the coronavirus crisis in April 2020 to $63 today while bond yields have settled down after the equivalent of a “heart attack”.[5] During the first quarter, 10-year Treasury bond yields nearly doubled from 0.91% on January 4 to 1.74% on March 31.[6] Never have interest rates doubled in such a short period of time. A possible explanation is that on March 31, the Fed removed the temporary leniency it had granted banks during the depths of the coronavirus crisis to satisfy capital ratio requirements with higher yielding Treasury bonds instead of Treasury bills. As a result, banks seem to have disgorged Treasury bonds at a record rate during the first quarter. Since the end of March, in the face of soaring commodity prices, bond yields have declined. During the six weeks ended May 15, copper and lumber prices increased 16.7% and 55.2%, respectively, while bond yields have settled back from 1.74% to 1.61%.[7]

Because inflation concerns seem to have dominated the headlines and ravaged high multiple stocks, whiffs of deflation could cause some rethinking of the outlook. Only time will tell if banks tripped the massive sell-off in bonds during the first quarter and if now, before the equity market, the bond market is in the early stages of discounting a deflationary boom, a deflationary bust, or both?

Understandably, given the massive monetary and fiscal stimulus in the global economy, most economists and strategists are weighing the odds of inflation, but we are focused on the risks of deflation, some but not all of which would be bad news. In the aftermath of the tech and telecom bust and the 2008-09 Global Financial Crisis during the past 20 years, we believe many companies have catered to short-term oriented, risk-averse shareholders who have demanded profits/dividends and demanded them “now”. As a result, many have leveraged their balance sheets to buy back stock, bolster earnings, and increase dividends. In so doing, many have curtailed investments in innovation and could be facing disintermediation and disruption. With aging products and services, they could be forced to cut prices to clear inventories and service their bloated debts. Combined with the cyclical drop in commodity prices we are anticipating in response to the shift in incremental consumption away from goods to services, the result could be… Bad Deflation!

In contrast, other companies have been preparing for the exponential growth opportunities emerging from the five major innovation platforms that we believe have hit escape velocity. Many have sacrificed short-term profits to move into pole positions, harnessing artificial intelligence and capitalizing on what could be winner-takes-most opportunities. The deflationary ramifications associated with the convergence between and among all these technologies could be profound. Artificial intelligence training costs alone are declining 68% per year.[8] We believe the learning curves associated with genomic sequencing, battery pack systems, industrial robots, and 3D printing, among many other technologies converging with artificial intelligence, will compound the cost declines which, in turn, should feed into prices and unleash waves of demand for new products and services, many of which we cannot imagine at this time…Good Deflation!

If we are correct in our assessment that the risk to the outlook is deflation, not inflation, then nominal GDP growth is likely to be much lower than expected, suggesting that scarce double-digit growth opportunities will be rewarded accordingly. Growth stocks in general and innovation-driven stocks in particular should be the prime beneficiaries.

For information on the Nikko AM ARK Disruptive Innovation Fund, visit www.nikkoam.com.sg/ark.

©2021-2025, ARK Investment Management LLC (“ARK” ® ”ARK Invest”). All content is original and has been researched and produced by ARK unless otherwise stated. No part of ARK’s original content may be reproduced in any form, or referred to in any other publication, without the express written permission of ARK. The content is for informational and educational purposes only and should not be construed as investment advice or an offer or solicitation in respect to any products or services for any persons who are prohibited from receiving such information under the laws applicable to their place of citizenship, domicile or residence.

Certain of the statements contained on this website may be statements of future expectations and other forward-looking statements that are based on ARK’s current views and assumptions, and involve known and unknown risks and uncertainties that could cause actual results, performance or events to differ materially from those expressed or implied in such statements. All content is subject to change without notice. All statements made regarding companies or securities or other financial information on this site or any sites relating to ARK are strictly beliefs and points of view held by ARK or the third party making such statement and are not endorsements by ARK of any company or security or recommendations by ARK to buy, sell or hold any security. The content presented does not constitute investment advice, should not be used as the basis for any investment decision, and does not purport to provide any legal, tax or accounting advice. Please remember that there are inherent risks involved with investing in the markets, and your investments may be worth more or less than your initial investment upon redemption. There is no guarantee that ARK’s objectives will be achieved. Further, there is no assurance that any strategies, methods, sectors, or any investment programs herein were or will prove to be profitable, or that any investment recommendations or decisions we make in the future will be profitable for any investor or client. Professional money management is not suitable for all investors. For full disclosures, please go to our Terms & Conditions page. 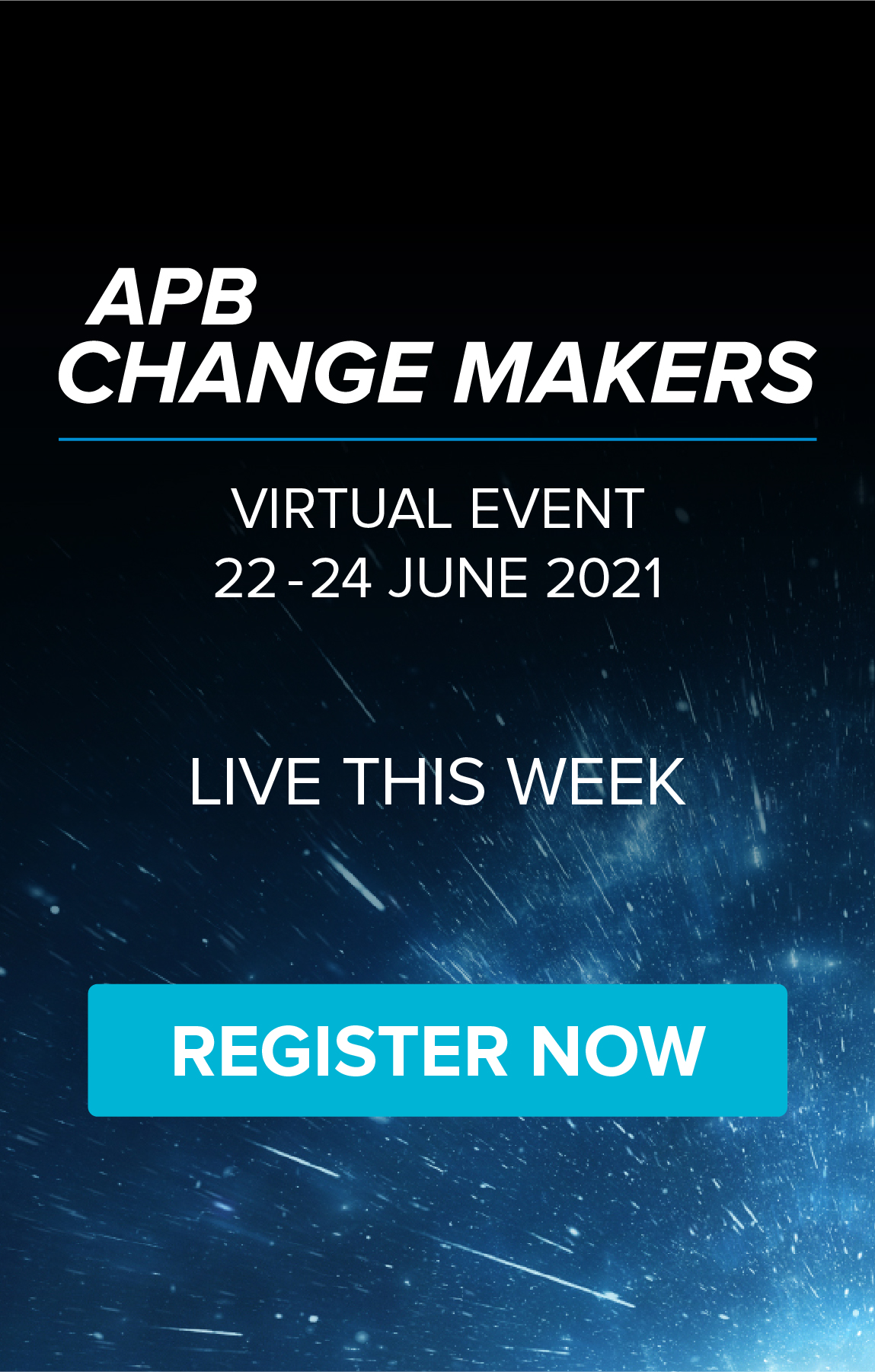