In a low-yield environment, marked with volatility in equity and other markets, U/HNWI clients still seek income-generating strategies, according to Indosuez Wealth Management.

“The key request we still get is income, income, income,” said Arjan de Boer. “We do think that the desire for diversification is stronger than before. But clients are still looking for investment opportunities in equities, funds or structured products, and fixed income,” said the head of markets, investments and structuring, Asia.

The need for saner heads to prevail may not have been more pertinent.

In less than two weeks after Asian Private Banker cited a view that the Bitcoin mania may be a Ponzi scheme, investors in digital assets were on a wild ride like no other. 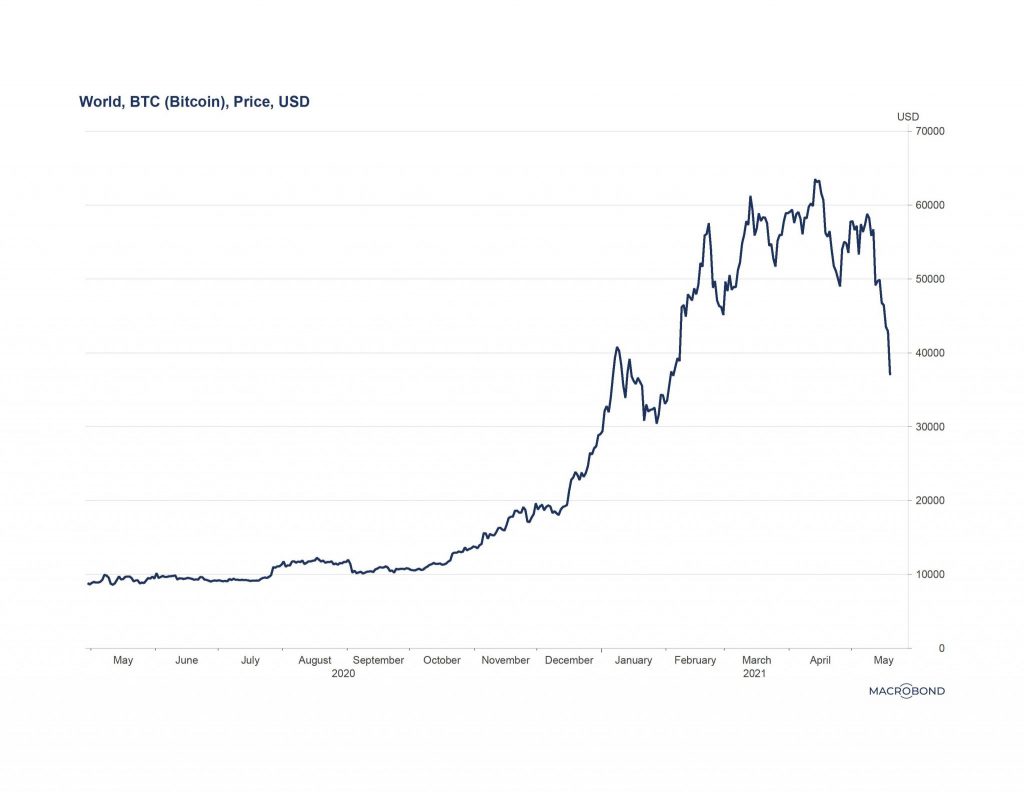 The meltdown in digital assets was mostly from Chinese state-backed associations reiterating their warning on financing of investments in such assets. State-backed National Internet Finance Association of China, the China Banking Association and the Payment and Clearing Association of China together cautioned their respective members (link in Chinese) to refrain from financing popular cryptocurrencies. Most cryptowhales are believed to be based out of mainland China.

But with an abundance of liquidity, investors continue to have a risk-on sentiment and are looking to deploy cash from a fear of missing out (FOMO), opined de Boer.

“We don’t really believe that the clients are holding back on allocations (to equities) greater than the average,” said de Boer. “In fact, if you look at markets at the moment, we still see that FOMO is actually more at play than conservatism.”

Nearly 41% of 2,850 investors and 1,150 business owners with at least US$1 million in investable assets or revenue from March 30 to April 18 polled in a UBS survey were thinking of increasing their exposure to stocks in the next six months. Cash accounted for 22% of individual investors’ portfolios globally, falling just 3 pps since September 2020 despite the rise in equity markets.

“We do get asked, I think more on stocks that are somewhat wild ideas and we have to refocus our clients back into what we call quality, but we hardly, if ever get asked, should I go to cash,” concurred de Boer.

Within Indosuez’s discretionary products, allocations to cash have increased “slightly” on a month to month basis, de Boer told Asian Private Banker. The global wealth management brand of Crédit Agricole Group has pared down its equity risk, based on its own risk indicators “to lock in some significant gains from last year”, de Boer said.

“We do see clients going into tech stocks less aggressively than before,” after valuations of such stocks soared recently, said de Boer. “We’ve seen massive gains and speculation generated a lot of interest, but that has kind of dried up.”

Indosuez sees some rotation into energy, and recovery plays — such as homebuilders, food, restaurant, and travel related stocks — that have to do with the economic reopening, said de Boer. In addition, cients are moving from larger cap stocks into the stocks of small capitalised companies, he added, along with alternative investments such as private equity.

Within the asset class, de Boer said clients continue to prefer Chinese bonds but are becoming “a bit more selective” following defaults from local issuers. On Thursday, distressed debt investor China Huarong Asset Management Co.’s woes spread onshore with its CNY19 billion (US$3 billion) note due 2022 falling 9.9% to a record low of CNY71.9, according to Bloomberg data. The company’s dollar bonds were trading at their weakest level in more than a month.

Indosuez continues to advocate quality issuances on the fixed-income side with China property, and state-owned vehicles a favourite, despite the recent news, said de Boer. Chinese property issuances are seen as a defensive high-yield play, he added.

With the recent “clean up” in the property sector in terms of deleveraging balance sheets, the “market is going to start to focus a lot more on things such as reputation track record, idiosyncratic risk, liquidity, and leverage”, de Boer told Asian Private Banker.

China offers “a diversification benefit to global investors”, with the interest-rate cycle there expected to diverge from other developed markets, opined de Boer.

Having come out of the pandemic earlier than others (with further room for fiscal stimulus) and having concluded a Regional Comprehensive Economic Partnership (RCEP) agreement covering 30% of the world’s population will “help propel future growth,” noted de Boer. Indosuez remains positive on Ctina from a medium and long term perspective.

ESG and green bonds have been popular with clients — helped by Beijing’s strong focus on the onshore green bond market in terms of disclosures, transparency, and diversification away from non-green issues, said de Boer.

Overall, Asia ex-Japan dollar denominated green bond issuances have made a “very very strong comeback” with US$23 billion raised in the first four months of 2021 witnessing nearly the volume of issuances in the previous two years, he pointed out.

The People’s Bank of China may keep interest rates unchanged this year as credit growth is slowing, said Mansoor Mohi-uddin, chief economist at the private banking unit of OCBC Bank. 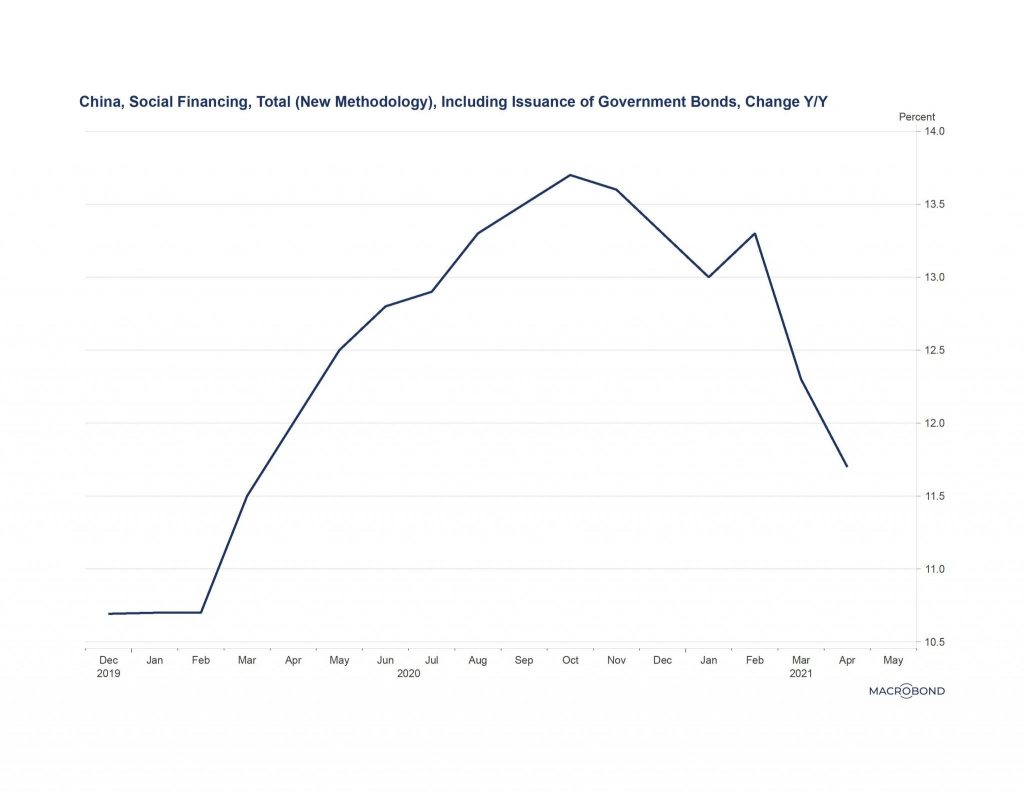 “Though China’s easy gains from reopening have now been realised, growth is still set to be firm for the rest of 2021,” he said. “Vaccinations should spur consumption while exports and manufacturing investment are likely to stay supported by strong external demand for China’s goods during the pandemic.”

China’s economy should “continue to rebound” due to the roll-out of vaccinations, strong external demand and a more favourable macro environment, Chao opined.

“Investors can continue to expect hiccups from temporary pandemic-related restrictions, although the market has been quick to see through the COVID-19 noise and recognise the strong fundamental drivers of the Chinese economy and subsequent lift of corporate earnings,” he said.

The think tank of the world’s largest asset manager prefers “looking through” any near-term volatility and staying invested as a restart broadens out.

“Our tactical pro-risk view is mainly expressed in overweighting equities and underweighting government bonds,’ said the BlackRock Investment Institute. “We see two main risks to this stance: first, a market overreaction to the near-term growth rebound and inflation overshoot; and second, a Fed miscommunication of its intent to start tapering asset purchases — or a market misinterpretation of such an announcement.”

“The recent sell-off in tech shares, despite strong first-quarter earnings, illustrates the potential for hitting air pockets as the economic restart unfolds,” it said. “This may create opportunities in a sector benefiting from structural trends.”