Asian metropolises have emerged as some of the most unaffordable cities in the world when it comes to the finer things in life, according to Julius Baer’s Global Wealth & Lifestyle Report. Of the 28 global cities that the report covers, five cities — Hong Kong, Shanghai, Tokyo, Singapore, and Taipei — rank in the top 10.

Julius Baer’s report gauges the affordability of each city using the average price of certain items and services that HNWIs typically spend their discretionary wealth on. For example, services like wedding banquets use the price of a 400-person ceremony at a top hotel as a proxy, while products like watches use the price of a Rolex Day-Date II.

In particular, residential property and luxury vehicles were highlighted as some of the most expensive purchases in Asia.

Home is where the money is
In the case of Hong Kong residential property, known to be notoriously unaffordable, Julius Baer noted that the city has yet to see any substantive fall in prices, but that developers remain confident in the market’s medium to long term growth.

For Singaporean luxury homes, which ranked sixth globally in terms of unaffordability, the private bank said that high demand, particularly from mainland Chinese investors competing with local buyers, have propelled the market to price at new records. “Singapore has built on its safe-haven reputation and is now home to six out of the world’s 11 ‘super penthouses’. Sales of units fetching USD 10 million or more are at an 11-year high,” the report read.

Manila, on the other hand, was highlighted as a city with the most bang for the buck among the premium real estate sector in emerging markets. 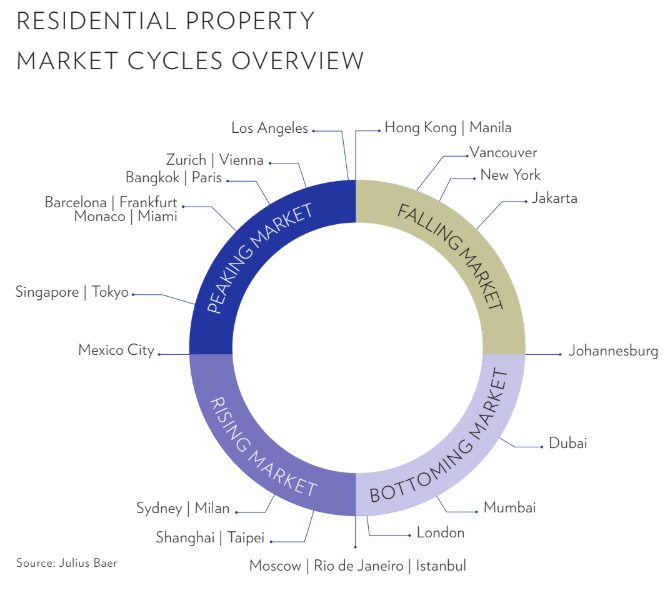 Pedal to the precious metal
For high-end cars, Julius Baer revealed that overall sales have declined but remain solid in China, “driven by consumers in affluent cities such as Beijing and Shanghai”, where supercar owners are likely to be in their 20s.

Luxury cars are the most expensive in Singapore, Shanghai, and Hong Kong, due to steep tariffs and, in the case of Singapore, the additional requirement of a pricey certificate of entitlement.

Noteworthy is the percentage of women in China who own luxury cars. With the most self-made billionaires in the world1, China is home to a particularly high ratio of women buyers, who often purchase premium cars as a symbol of success and empowerment, the report read.

Aligning with the growth in popularity of ESG investments, sales of hybrid or fully-electric vehicles have also been on the uptrend, on the back of consumers’ environmental concerns and stiffened emissions regulations.

“Consumers in Asia and Latin America are more inclined to choose a product on its sustainability credentials,” Julius Baer noted. “This may be driven by their first-hand experience of the man-made negative effects of economic growth.”

This preference has manifested itself in the percentage of electric motors on Chinese roads. Whereas for most countries, 0.5% of cars run on electricity, one in every hundred cars in China is electric, according to Jens Marquardt, director of BMW Motorsport who contributed to the report.