The Guangdong-Hong Kong-Macao Greater Bay Area (GBA) looks set to yield lucrative opportunities for the region’s wealth management industry in the coming years, according to leading private banking and investment executives — even if questions remain how best to capitalise on them in the short term.

At Asian Private Banker’s GBA Connect 2022 forum on Thursday, private bankers, asset managers and other industry stakeholders highlighted the dizzying scope of wealth creation in the southern Chinese megalopolis, which encapsulates 11 cities with a total population of 86 million and a GDP of US$1.7 trillion as of the end of 2020.

Ann Kung, deputy chief executive of Bank of China (Hong Kong) (BOCHK) and head of personal banking and wealth management, pointed out that the economy of the GBA was larger than that of Spain, South Korea or Australia. By 2030, she added during her keynote, the GBA’s GDP is set to expand by 150%, making it the world’s seventh-largest economy. “The economic strength of the GBA will be stronger than other bay areas in the world, such as Tokyo or New York,” Kung said. 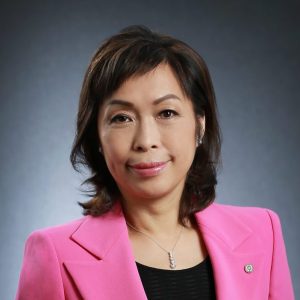 She believes that will have serious ramifications for wealth creation in the region and create significant opportunities for the private banking industry, pointing to the high concentration of billionaires in the GBA.

The BOCHK executive highlighted the GBA Wealth Management Connect Scheme (WMC), which launched in September 2021. While Kung acknowledged that the cross-boundary fund platform’s individual investment quota of RMB1 million (US$160,000) was too small for the private banking world, “it signifies an important milestone in GBA integration”.

‘Phased approach’
In an on-stage interview, Edmond Lau, deputy chief executive of the Hong Kong Monetary Authority, said that as the majority of the household wealth of mainland Chinese was currently in property, the “huge potential for financial investment remains largely untapped”.

On the subject of WMC, Lau said that the platform had made a “modest start, but what is important is that the scheme has been launched smoothly and will provide a good basis for expansion”.

Addressing feedback from the industry regarding the individual investment quota and boosting product selection beyond simple, low-to-medium risk funds, Lau said that this could happen in a “phased approach”. “When the scheme has smoothly bedded down we will see whether certain parameters can be relaxed to enhance the scheme,” he explained, adding that investor education was a key focus.

One of the 19 banks that is distributing funds via WMC is BOCHK, which offers more than 100 products to both northbound and southbound investors. Stephen Chan, general manager, personal banking and wealth management department, said during a Pioneers Panel session that 80% of northbound WMC investors purchased mainland Chinese wealth management products, while 20% bought mainland fund products. Chan thinks that the individual investment quota will eventually be raised. “We believe that cross-boundary WMC is similar to other interconnection programmes (such as Shanghai-Hong Kong Stock Connect and Shenzhen-Hong Kong Stock Connect) or the development of the offshore RMB market in Hong Kong, and that there will be room for adjustment in the future,” said Chan. “The industry has a positive attitude towards the quota and believes the quota will be raised when the need arises.”

“I am quite confident that the product range would be upgraded when trust has been built in a tri-party relationship, meaning clients, regulators and banks,” added Edmund Kam, managing director, head of private banking.

Tan Siew Meng, regional head of global private banking, Asia Pacific, HSBC, pointed out that 80% of Chinese wealth is held onshore, and that the lender had earmarked a third of its investment spend in Asia for expanding its onshore capabilities. “GBA is one of our key growth markets,” she said, adding that HSBC was present in all 21 of the region’s prefecture-level cities.

Tan described the WMC as more targeted at mass affluent investors due to the individual quota, but expressed optimism over its development. “It is a necessary transition for the wealth management market and we believe that over time the scope of products over both the northbound and southbound channels will be expanded gradually,” said Tan. “We believe over time the individual investment limit will be raised.” Other panellists highlighted that the maturing of China’s onshore market augured well for schemes such as WMC, since HNWIs sought to diversify their investment portfolios away from property.

“It is clear that the Chinese government wants to divert some of this wealth to other investments,” said William Ma, chief investment officer and founder of Grow Investment Group, pointing to the recent launches of the Shanghai Star market in 2019 and the Beijing Stock Exchange in 2021. He also made reference to new restrictions targeting products with an implied guaranteed return. “A lot of investors are trying to find replacements for [these] products,” Ma added.

While Yip said there is “a big desire for mainland investors to find opportunities to invest out of China”, he said that the current set of products available via WMC “are not that attractive from a return versus risk perspective”. The RMB 1 million investment quota “doesn’t move the needle” for a lot of Chinese HNWIs. Yip cited Deloitte China data that showed just 0.06% and 0.08% of the aggregate quote for the northbound and southbound channels of the WMC, respectively, as of mid-December. Ways to improve utilisation, he believes, could include boosting the product set such as by adding US funds for the southbound channel and increasing the individual investment quota to Rmb5 million to Rmb10 million.

Hong Kong as a superconnector

The investment profile of wealthy mainland Chinese in the GBA was more comprehensively sketched out during a discussion entitled Demand, Growth and Income within the GBA Puzzle.

Oscar Liu, vice president and CMO of Noah International Intelligence, pointed out that investors in the GBA and surrounding parts of southern China “were more aggressive and more accepting of higher risk products”. “We’ve seen more south China clients investing in overseas markets through Stock Connect, Bond Connect and Mutual Recognition of Funds than in other regions,” he added. 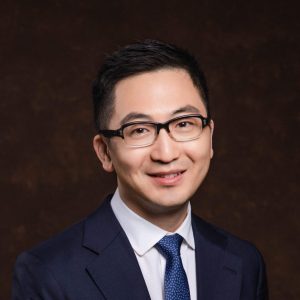 Wong pointed out that there were more than 17,000 UHNW families in the GBA, while drawing attention to some of the programmes that have been implemented by the Hong Kong government. These include the Limited Partnership Fund (LPF) scheme, introduced in August 2020 to encourage funds to set up and register in Hong Kong to promote the channelling of capital between the city and the rest of the GBA. The scheme has so far attracted more than 400 LPFs, Wong said. China Evergrande a reminder to private banks of danger ahead