Asia’s PB industry has achieved a measure of success in gender diversity, especially at the level of leadership roles. In 2019, more than 30% of the PBs in Asia ex-Japan were led by female CEOs, and on the PB front line, females bankers are far from a rare sight. But in terms of investment-related roles within PBs, high-level representation of female leaders is less common.

In celebration of International Women’s Day, Asian Private Banker has asked HSBC’s Fan Cheuk Wan, managing director, chief investment officer Asia, private banking and wealth management, to share the aspiring journey that landed her in her current role and her views on the barriers that female investment professionals must overcome.

A seasoned PB and investment banking veteran, Fan did not embark on an investment career path until she decided at her seventh year as a journalist — as well as the ex-editor of politics for the Hong Kong Economic Journal — that it was time for a change.

The year was 1995. China was kick-starting sweeping reforms in the capital markets and its economy received a boost from the incremental opening-up. Fan took up the new role of China equity researcher for the sellside: “Upon switching to investment research, I was able to leverage on my knowledge in China’s economy and its policies to advance in my career in the investment industry.”

A decade later, she ended up being head of China research at the Dutch lender ABN AMRO — and mother of two girls. It marked a turning point in her career when she joined the PB industry as head of research at Credit Suisse and became the PB’s chief investment officer in 2016.

The key decision was largely “driven by family consideration” after the birth of her second daughter, Fan admitted. “It is not only crucial for all female executives to think through their career planning, but more importantly, their personal goals in life,” she explained. “Reflections of the career path will also be a journey of self-discovery—they need to consider the balance between career development and family obligations, looking at the functional responsibility and the demand for their time and energy”

She was then on the look-out for more sustainable positions and found that a private banking job is “more family-friendly and less cycle-sensitive”.

But she noted: “At the end of the day, the CIO role at PBs remains highly demanding, and this has prompted me to focus on effective time management and spending quality time with my family members to achieve a more balanced and sustainable lifestyle.”

“Looking back at my own experience as well as what is reflected in the practice of many organisations, companies are now focused on helping female executives to manage stress and the work-life balance challenge — which is key to support female professionals in realising their career potential.”

Gender balance remains a work in progress
“We still need to reckon that the financial industry remains a largely male-dominated world, with regards to statistics on women representation in the industry, especially in senior management roles,” Fan pointed out.

She observed that while there have been notable improvements in gender diversity of the industry over the last two decades, great challenges persist for female investment professionals, especially in terms of career opportunities.

Fan recognised that gender diversity has “further room for improvement” within PBs’ investment and product functions. At the same time, she encourages female investment professionals to stay committed to upgrading their professional skills and deepening their specialised asset class and product knowledge, so as to keep up with the increasingly technical and specialised functional responsibilities of the profession.

“I would also advise my fellow female investment professionals to maintain faith to pursue professional excellence, seek the best development opportunities, and to have the courage to break the glass ceiling,” she continued. “Women should support each other in the workplace and share experiences. And I think that more proactive coaching and mentorship programmes would help female talents with high potential build up their confidence and competency and pursue career advancement opportunities.”

Pursuit of excellence
It is Fan’s 14th year in the PB industry and her fifth year with HSBC Private Banking. She said she has been heavily involved in a slew of mentorship and talent development programmes designed to lend support to fellow female colleagues at the bank.

“[Through these programmes], I offer female leaders of the future advice and coaching, so that they can learn from my experience and accelerate their career development path. I have been actively involved in the organisation’s women’s network within Wealth and Personal Banking, where senior female executives exchange ideas and insights on how to best support women professionals to advance their career.”

She added that HSBC is committed to increasing female representation in senior positions and leaders and has clear gender diversity targets to drive progress. By the end of 2020, the bank had already achieved its ambition of having 30% of its senior leadership roles occupied by females. It is on track to deliver 35% by 2025.

When asked of her secret to success in the CIO role, Fan said the criteria for the role are, after all, “based on one’s professional skills and expertise and the ability to manage a team of investment strategists”.

“My management philosophy,” she shared, “is all about motivating and empowering the team members to contribute effectively to a winning investment process.” 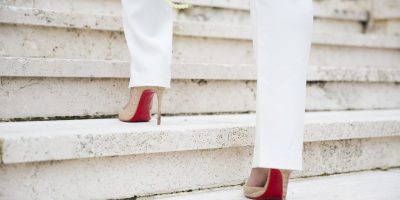 “Experience, not gender, defines how you take on challenges”: Three female CIOs on their rise to the top