Asian Private Banker, under the sponsorship of PwC, explored the role of Singapore as an offshore wealth hub. Between April and June 2018, we distributed 81 surveys and conducted 11 semi-structured interviews across Singapore and Hong Kong.

With the depth of Singapore’s banking services, it comes as no surprise that 58% of the surveyed professionals recognised Singapore’s robust banking sector as the most significant strength of the city-state as an offshore wealth hub, followed by its efficient regulatory framework and the high quality of the city’s workforce.

Strengths of Singapore as an Offshore Wealth Hub 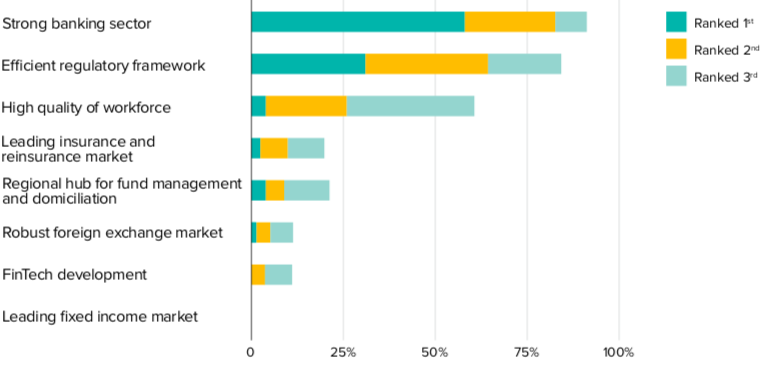 On the other hand, as is the case with other leading offshore wealth hubs, high operating costs were cited as a significant drawback, with 57% of those surveyed ranking high costs as the offshore wealth hub’s greatest weakness. However, interviewees agreed that the high costs are a reasonable trade-off for top-notch quality.

Weaknesses of Singapore as an Offshore Wealth Hub

Southeast Asia remains the most important source of offshore inflows to Singapore, with Mainland China ranking second and India third. Looking ahead, despite tightening regulations on offshore flows globally, Singapore’s offshore inflows are expected to increase. The city-state has become significantly attractive because it satisfies the need for diversification as a result of its not-so-close connection with Mainland China, where tightening regulations and the fast growth of the HNW population will result in soaring offshore flows over the next three years.

Most important source of offshore flows

Although industry players have been rolling out new investment advisory models with the help of FinTech, industry professionals recognise that the most important contributions of FinTech remain the reduction of administrative burden and the optimisation of compliance procedures, especially among independent asset managers (IAMs) and multi-family offices. As the IAM industry matures, enhanced synergies between IAMs and FinTech firms are expected.

Most Important Contribution of FinTech Adoption 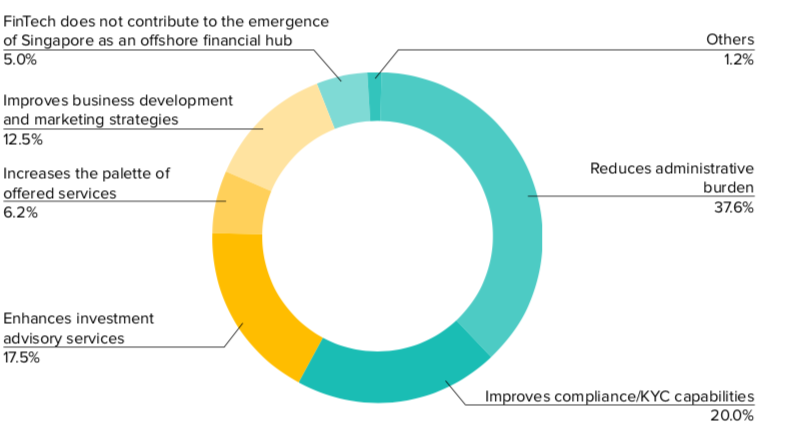