Concerns are growing about the spread of the coronavirus and its possible repercussions on the world economy. With authorities responding to the outbreak, markets are eyeing developments with a degree of caution.

Simultaneously, investors are focusing on another critical event this year – the 2020 US presidential elections. Therefore, we thought it timely to look at the potential outcomes of the vote and the opportunities and challenges facing the Asian bond market.

What would a win for either side mean for the US economy? In summary, Trump has pursued sizable tax cuts, introduced deregulation, proposed a reorganisation of healthcare protection, reshaped immigration, and increased military spending. In doing so, he has overseen a stock market that has risen by 61% since his election1. However, the price for this share-price surge has been an increase in market volatility that has, in part, been driven by the trade conflict with China and amplified by the outbreak of the coronavirus in recent months, which is fast eroding the stock market gains since Trump came into office in 2017. A second term for Trump could see further friction with China, which may lead to additional bouts of market uncertainty.

The leading Democratic contenders are variously proposing universal health care to even out wealth distribution, a rise in the minimum wage, higher taxes for the wealthy and a roll-back of corporate tax cuts. And while Trump’s tax cuts boosted stock markets, in this context, it could be suggested that a Democratic win may impact growth.

The Fed’s fight for independence
In terms of the potential effect on Asia and the emerging markets, one of the most significant factors will be the future direction of the US Federal Reserve (Fed) policy. President Trump has repeatedly expressed his disappointment with the Fed’s interest rate policy (including nine rate hikes between 2015-2018, three of which were reversed last year). What’s more, he has blamed the central bank for preventing the US economy from reaching the 4% growth that he had promised.

The market’s eyebrows were therefore raised when Trump recently nominated Judy Shelton for the Fed’s Board of Governors, which is a position with notable influence over interest rate policy. Shelton, who has previously questioned the need for an independent Fed, is seen by some as a potential successor in waiting to Fed Chair Jerome Powell. Interestingly, she also appears to have experienced a Damascene moment – in the immediate aftermath of the global financial crisis, she challenged the effectiveness of ultra-low interest rates. Fast forward to 2020, and she now supports the policy as a way to boost growth.

Declining global rates drive a renewed search for yield
The Fed has cut rates to nearly zero in emergency action, attempting to avoid a coronavirus-fuelled recession. This was the second surprise rate cut within 13 days (on 3 March and 16 March 2020) after the most recent unscheduled emergency rate cut in 2008 and also marked the biggest one-time cut since then.

This scenario bodes well for a continued accommodative stance from the Fed, which has been supportive for Asian bonds. Other developed market central banks have also started to cut interests rates in response to worsening economic outlook.

At the same time, it would encourage a dovish interest rate environment to persist in Asia, providing further support for the asset class. This year, central banks in the region have been quick to react to global uncertainties, with Malaysia, Thailand, and the Philippines cutting rates and China lowering rates through a variety of liquidity funding facilities to banks, while central banks in Singapore and Indonesia have provided accommodative forward guidance. This accommodative stance is augmented by large and decisive fiscal stimulus packages announced by many Asian governments to ward off negative impacts to economic growth from the coronavirus outbreak especially that the World Health Organisation finally declared it a pandemic.

Subsequently, the expectation of lower global rates will spark a renewed search for more attractive yields elsewhere. Although local currency bond yields across Asia are expected to decline due to looser monetary policies adopted by the central banks in the region, Asia remains at the fore with opportunities for a yield pickup . At the same time, fundamentals across the region are more stable than other key emerging markets.

It’s still early days, and with the Democratic nominee still to be decided, we do not know the degree of policy change that will emerge. For now, at least, the Fed remains free from direct government interference. And with declining global rates in the foreseeable future, the backdrop looks supportive for Asian bonds though we may see some near term volatility in Asian currencies.

FOR USE WITH THE PUBLIC.
All forms of investments carry risks, including the risk of losing all of the invested amount. Such activities may not be suitable for everyone. Past performance is not a guarantee of future results.
The information provided does not constitute investment advice and it should not be relied on as such. It should not be considered a solicitation to buy or an offer to sell a security. It does not take into account any investor’s particular investment objectives, strategies, tax status or investment horizon. You should consult your tax and financial advisor. All material has been obtained from sources believed to be reliable. There is no representation or warranty as to the accuracy of the information and State Street shall have no liability for decisions based on such information.
The views expressed in this advertisement are the views of Kheng Siang Ng through the period ended 18 March 2020 and are subject to change based on market and other conditions. This document contains certain statements that may be deemed forward-looking statements. Please note that any such statements are not guarantees of any future performance and actual results or developments may differ materially from those projected.
The whole or any part of this work may not be reproduced, copied or transmitted or any of its contents disclosed to third parties without SSGA’s express written consent.
Singapore: State Street Global Advisors Singapore Limited, 168 Robinson Road, #33-01 Capital Tower, Singapore 068912 (Company Reg. No: 200002719D, regulated by the Monetary Authority of Singapore) • Telephone: +65 6826-7555 • Facsimile: +65 6826-7501 • Web: www.SSGA.com*
This advertisement or publication has not been reviewed by the Monetary Authority of Singapore.
Hong Kong: State Street Global Advisors Asia Limited, 68/F, Two International Finance Centre, 8 Finance Street, Central, Hong Kong • Telephone: +852 2103-0288 • Facsimile: +852 2103-0200 • Web: www.SSGA.com*
This advertisement has not been reviewed by the Securities and Futures Commission of Hong Kong (the “SFC”).
© 2020 State Street Corporation – All Rights Reserved. 2985240.1.2.APAC.RTL. Exp. Date: 03/31/2021
*This website has not been reviewed by the SFC. 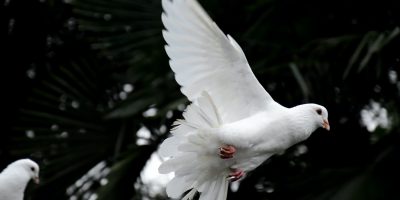 Is the Fed turning dovish? Private banks and asset managers have their say 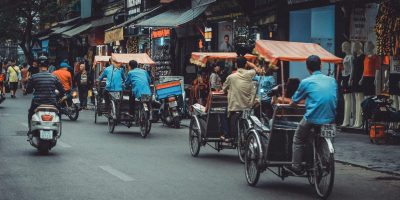 Aside from food and culture, this Asian market has one more X factor