The Monetary Authority of Singapore (MAS) is shifting its enforcement focus from private banks to independent asset managers (IAMs) vis-á-vis the reporting of transactions suspected of being linked to money laundering or terrorist financing, according to industry practitioners.

“The regulator pointed out that the number of STRs filed by IAMs are less than by private banks and the investigation on the source of wealth is less stringent,” the source said.

“But as relationship managers in IAMs have to bear the compliance responsibility [while] maintaining clients’ relationships at the same time, it is less likely that they will file an STR, unless they are very certain that the client is incompliant.”

The Singapore watchdog said it is assessing the effectiveness of financial institutions’ (FIs’) controls on AML/CTF, requiring FIs to “make remediations” where lapses are identified.

“MAS expects all financial institutions to be effective gatekeepers to safeguard the integrity of our financial system and discourage attempts of criminal abuse. To this end, MAS requires all FIs to conduct adequate due diligence on customers and transactions to mitigate the risks of money laundering and terrorism financing,” MAS told Asian Private Banker.

“The same expectation and requirements apply to external asset managers as they are important participants in the wealth management eco-system.”

MAS adopts a “risk-based” approach to supervising FIs operating in Singapore. If an FI is assessed as having “higher inherent risks” or is likely to have more “serious control weaknesses”, it is subjected to more intensive supervision, commensurate with the risks it poses.

The regulator also confirmed that a priority of the recent regulatory investigations is the source of funds.

“There’s a general concern expressed on the types of clients that IAMs deal with,” said Steve Knabl, COO and managing partner of Swiss Asia Financial Services and the president of the Singapore Association of Independent Asset Managers (AIAM).

“As the industry association, we are organising a compliance event for the practitioners to prepare for inspection, of which we are trying to pinpoint the date in October.”

Knabl told Asian Private Banker he knows of three or four IAMs that have been inspected by MAS recently — inspections not connected to those executed around three-to-four years ago when almost every IAM in Singapore was probed by MAS over the same period.

He added that this kind of regulatory scrutiny tends to be cyclical and has been focussing predominantly and concurrently on anti-money laundering (AML) and know your client (KYC) procedures, as international standards are constantly being upgraded and the Singapore regulator wants to be seen as doing their best to remain compliant.

“We need to be more stringent and we know how to fix these things. That’s why we’re working as an association to educate IAMs how to stay ahead of the curve,” said Knabl. 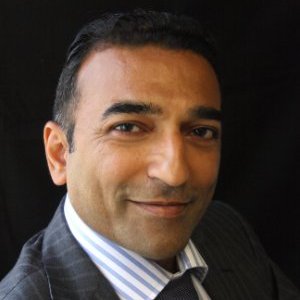 On the other hand, Rohit Bhuta, CEO of Crossinvest, said the risk level of IAMs and private banks are the same despite the former being subjected to more scrutiny of late.

“The client segment that most IAMs serve is similar to that of most private banks. The underlying client categorisation, the opportunities and the corresponding risk profiles are therefore similar,” Bhuta told Asian Private Banker.

“MAS has recently reached out to the IAM industry leaders to reiterate the importance of ensuring diligence and oversight with respect to client onboarding and monitoring — something that all IAMs would be doing in any case.”

IAMs are ultimately responsible for AML/KYC obligations, Bhuta added, even if there is an additional layer of checks done by the custodian banks they work with, both during the client onboarding stage and the subsequent ongoing monitoring processes.

“We take the responsibility of client onboarding and ongoing monitoring of client transactions very seriously. Just because we are an IAM does not mean our requirements and/or disciplines would be any different from any private bank,” explained Bhuta, adding that organisations operating under MAS-issued licences must be cognisant of the regulatory environment and the “underlying obligations that come with such an honour”.

“The licence and the regulatory oversight provides the endorsement of trust and reputation, which I think is critical for the industry overall,” he concluded. 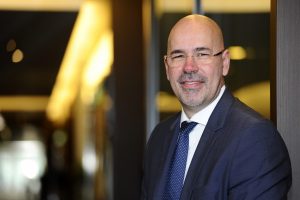 As a custodian for IAMs, Credit Suisse Private Banking agrees that risks associated with the client onboarding process are shared by the custodian private bank and IAMs.

“The regulators are now looking into raising the game for EAMs to ensure a level playing field for all participants,” Sascha Zehnter, APAC EAM head at Credit Suisse PB, told Asian Private Banker.

“It is no doubt that increasing surveillance activities will lead to increasing costs, and we may be looking at an industry consolidation in the future.”

The growth of Asia’s IAM industry has been gaining momentum. According to Asian Private Banker‘s 2018 IAM Report released in May, more than 90% of firms surveyed in Hong Kong and Singapore saw an average revenue increase of 42% in FY17, and over half the surveyed IAMs had increased their relationship manager headcount during that time.

Alone, Hong Kong and Singapore are home to some 160 IAMs with an average AUM per firm of approximately US$570 million and a total market share of 5.5%.