This is a sponsored advertorial from M&G Investments.

Emerging market (EM) bonds have recorded decent performance so far in 2017, rallying well after reacting adversely to the US election result at the end of last year. This outcome has been helped by factors such as strengthening global economic growth and reduced political concerns in developed countries. In Europe, for example, the victory of Emmanuel Macron, a pro-European Union, centrist candidate in the French presidential election, was viewed with particular favour in financial markets globally.

In the EM debt markets, we believe other factors should continue to support sentiment. These include the higher yields available from EM bonds relative to their developed market counterparts, as well as the diversity of both the EM government and corporate bond universes. Also relevantly, the credit quality of EM bond issuers is stabilising as economic growth forecasts edge upwards across most developed and developing countries.

This improving global economic outlook is encouraging for EM bond markets, as EM credit ratings actions tend to correlate with economic growth rates. Typically, severe recessions lead to downgrading cycles by the credit rating agencies, while strengthening economic activity tends to stabilise these ratings actions. As always, however, a selective approach is critical to investing in emerging market bonds, based on careful and thorough credit research.

Going into 2017, much attention remained focused on the prospect of further rises in US interest rates after the Federal Reserve (Fed) confirmed a 0.25% rate rise in December 2016. Two further hikes of 0.25% were announced in March and June this year, and the Fed has signalled these moves may not be the last.

For a number of emerging market economies, this higher US rate environment is less challenging than it would have been a few years ago. This is largely due to factors such as the improvements they have made to their current accounts, which mainly measure an economy’s exports against its imports, as well as adjustments they have made towards having lower overall levels of US dollar-denominated debt.

However, rising US interest rates can cause a headwind for other emerging economies. This is particularly the case for those that are more reliant on US dollar funding, such as in a number of countries in the Sub-Saharan Africa region. In our assessment, countries with lower debt levels or higher reliance on domestic funding, such as Russia, Brazil, and selectively in Eastern Europe, should be able to better navigate this environment.

So far, the Fed has adjusted its interest rate policy broadly in line with market expectations, which has helped reactions in EM bond markets stay fairly muted. We believe the asset class should continue to withstand further gradual rate rises by the Fed, given the above factors of better fundamentals, improved current accounts and lower US dollar debt levels. Other risks that need to be monitored in the EM outlook include the increased tension surrounding North Korea’s armaments testing activity, fluctuating oil and commodity prices, as well as Brexit and its impact on Europe.

While weighing up such relevant considerations, we think attractive opportunities can still be found through a flexible and globally diversified approach to investing in EM debt. Through such an approach, we believe it is important to have the freedom to hold bonds and currencies that offer the best relative value and avoid countries or industries where the outlook is unfavourable.

This financial promotion is issued by M&G Investments (Hong Kong) Limited. Office: 16/F., Man Yee Building, 68 Des Voeux Road, Central, Hong Kong, and also by M&G International Investments Limited, and M&G Securities Limited, Registered Office of both: Laurence Pountney Hill, London EC4R 0HH. M&G International Investments Limited and M&G Securities Limited are authorised and regulated in the United Kingdom by the Financial Conduct Authority. For Hong Kong only: Some of the Funds referred to in this document may not authorised by the Securities & Futures Commission of Hong Kong (‘the SFC’) and may not be offered to the retail public in Hong Kong. The Funds may only be offered to Professional Investors (as defined in the Securities and Futures Ordinance). If you have any questions about this financial promotion please contact M&G Investments (Hong Kong) Limited. For Singapore only: The Funds referred to in this document are not authorised by the Monetary Authority of Singapore (MAS) and are not registered for public distribution in Singapore. M&G Investments (Hong Kong) Limited, M&G International Investments Limited, M&G Securities Limited, and the Funds referred to in this document, may not be authorised, recognised or regulated by the local regulator in your jurisdiction. This information is not an offer or solicitation of an offer for the purchase or sale of investment shares in one of the Funds referred to herein. For Taiwan only: The financial product(s) offered herein has not been reviewed or approved by the competent authorities and is not subject to any filing or reporting requirement. The financial product(s) offered herein is only permitted to be recommended or introduced to or purchased by customers of an offshore banking unit of a bank (“OBU”)/offshore securities unit of a securities firm (“OSU”) which customers reside outside the R.O.C. Customers of an OBU/OSU are not eligible to use the financial consumer dispute resolution mechanism under the Financial Consumer Protection Law. This product(s) may be made available for purchase by Taiwan OBUs/OSUs acting on behalf of non-Taiwan customers of such units but may not otherwise be offered or sold in Taiwan.

This is a sponsored article from M&G Investments. 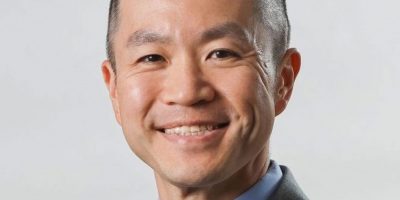 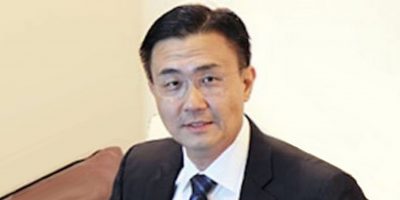 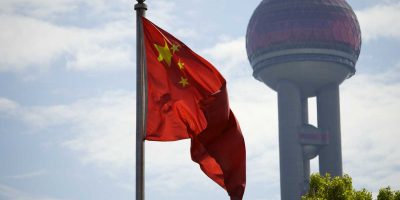