“The bank in Singapore remained profitable in 2015. We saw a double-digit year-on-year growth in retail deposits and bancassurance, achieved a substantial increase in wealth management market penetration and grew our priority banking client base,” Judy Hsu reportedly said in a statement, adding that the UK lender “maintained positive business momentum in financial markets.”

Last September, Hsu was appointed the bank’s Singapore CEO following a stint as its global head of wealth management. 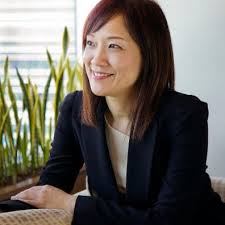 This tied in with StanChart’s focus on the wealth management business. As group CEO Bill Winters said earlier this week when the bank announced its 2015 financial results, StanChart “will substantially increase our investment in both the Wealth platform and the Private Banking coverage channels.”

StanChart’s global private banking unit posted a pre-tax profit of US$89 million for 2015, down from US$149 million in 2014, while assets under management (AUM) dipped 2% to US$57 billion.

The lower profit was much in line with the wider group results, with the UK lender posting a US$1.5 billion year-on-year loss in 2015 – the first such time that the group has slipped into the red since 1989.

Its pre-tax profit in Singapore was US$567 million, down 33.4% year-on-year. This was the bank’s second-best country performance behind Hong Kong, which posted a profit of US$1.49 billion that was 17.9% down against 2014.

“Singapore is a core market for the bank and plays a significant role as a hub for our global business and as a gateway to ASEAN… and we will continue to invest in the growth of our Singapore franchise across retail, private banking, commercial and institutional clients,” Hsu added yesterday.