Hong Kong regulators in July simplified arrangements for the sale and distribution of certain bond types and worked to reassure the market that the new National Security Law (NSL) won’t have a negative impact. Recognising the need to address the emerging risks and challenges in the financial sector, the Monetary Authority of Singapore (MAS) issued a paper proposing an omnibus regulatory approach.

Business as usual despite NSL
As the NSL took effect on 7 July, the Hong Kong Monetary Authority (HKMA) and the Securities and Futures Commission (SFC) both issued a reassurance to the financial industry that their supervisory policies and regulatory guidance would not change in the face of the NSL.

Through its official blog inSight, HKMA conveyed the Financial Secretary’s reassurance that the NSL “would not have any impact on the normal functioning of the financial markets”.

A Policy Statement by the SFC pointed out that the SFC “is the independent statutory regulator of Hong Kong’s capital markets” and that it is “not aware of any aspect of the NSL which would affect or alter the existing ways in which firms and listed companies originate, access, disseminate and transmit financial market and related business information under the regulatory regime it administers”.

SFC CEO Ashley Alder stressed that it is fundamental for Hong Kong’s status as an international financial centre to ensure “the provision of, access to, and free flow of all the multiple categories of information that are essential to preserving market integrity and fairness”, and to maintain the robustness of the price formation process and the reliability of fund flows.

HKMA promotes flexible compliance measures
July marked a flare-up of COVID-19 cases in Hong Kong. The HKMA issued a circular to banks in late July raising the possibility of extending its interim measures adopted for the due diligence processes, so as to allow banks to cope with the strain caused by the pandemic.

As social distancing measures are in place to minimise health risks to staff and clients, HKMA suggested that banks should prioritise higher-risk AML checks, while making use of videoconferencing and the flexibility to “delay verification” in client onboarding.

The bank regulator announced simplified arrangements for the sale and distribution of plain vanilla and low-risk retail bonds in accordance with its risk-based principle.

According to the announcement, the following types of bonds benefit from the regulatory relaxation: bonds issued by the HKSAR government and its wholly-owned entities or organisations; sovereign bonds issued by the Central People’s Government and bonds issued by development finance institutions or policy banks of mainand China. These bonds have to be non-complex under SFC’s categorisation, denominated in HKD, RMB or USD and have a low product risk rating.

MAS proposes omnibus act to enforce AML/CFT regulations
The Singapore regulator launched a consultation on the New Omnibus Act for the Financial Sector, consolidating anti-money laundering and countering of financing of terrorism (AML/CFT) regulations across different industries within the financial sector and the power to impose requirements on technology risk management.

The New Omnibus Act proposes the expansion of MAS’ statutory power to issue prohibition orders (POs) against carrying out activities across different businesses within the financial sector, instead only restricting individuals in carrying out activities regulated in the Securities and Futures Act (Cap 289); the Financial Advisers Act (Cap 110); and the Insurance Act (Cap 142).

Recognising that POs “materially affect individual livelihoods”, the Singapore regulator undertakes that the new PO power will be exercised in “a risk-proportionate manner that takes into account the nature and severity of the misconduct and its impact on the financial industry”.

In addition, the Singapore regulator reprimanded Yeh Yin Yee and Bernard Kan Cheok Yin, CEO and director of Apical Asset Management for failing to discharge their duties and functions as officers of AAMPL to ensure its compliance with all laws and regulations. 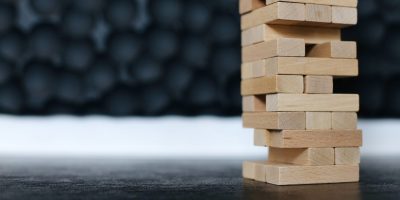