The coronavirus pandemic and the economic and financial havoc it has wreaked present a rare opportunity for investors to participate in a potentially bumper vintage year for private equity (PE), according to Royston Low, regional head of private investments at BNP Paribas Wealth Management APAC.

“The data clearly show that vintages that start in the year of, or the year after, a crisis tend to do much better than those that start in a more ‘regular’ environment,” Low told Asian Private Banker, citing the performance of PE programmes at 21 US state pension plans over a 16-year period (ending in June 2017), during which PE outperformed public equities across market conditions.

Good in good times, even better in bad times
During that period, PE outperformed public equities by an average of 660bps during weaker economic spells, according to data from investment advisory firm Cliffwater, with the strongest returns recorded in the recession years of 2001, 2002, and 2009. 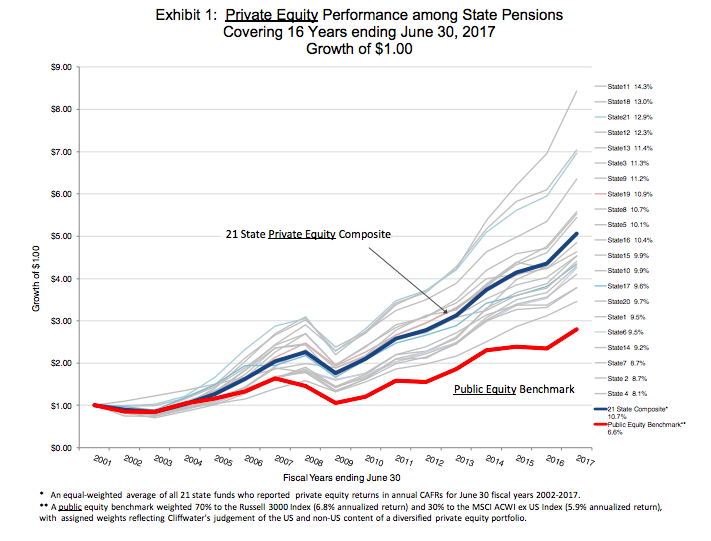 The resilience of PE can be explained by a number of factors, said Low, including a fund’s “ability to plan and stay invested over a long term, to select and invest in businesses that are more resilient with more capital at their disposal, greater portfolio diversity and a more systematic and operationally focused approach to value creation”.

“PE firms are also in a better position to take a buy-and-build approach to consolidate a sector by using dry powder to make add-on acquisitions, at a time when purchase price multiples are low, to alleviate a company’s financing concerns and to help renegotiate loan terms and debt obligations if necessary,” he continued.

“The data is compelling, and so the message we are trying to convey to our clients is that PE may be good in good times, but even better in bad times,” said Low.

Opportunities in distressed assets and private debt
BNP Paribas Wealth Management splits its PE offering into two buckets — a core and satellite allocation. The core offering is evergreen in nature, focusing on mid-market and large-cap buyout opportunities which tend to be more stable and perform through the market cycle.

Just last week, the private bank launched a fund, managed by what Low described as a “top decile manager”, focusing on European mid-to-large-cap buyouts with a small allocation to North America.

As an example of the satellite allocation, Low said the bank is looking to capitalise on opportunities that have emerged from the coronavirus crisis, including a distressed fund that is in a position to scoop up companies at a low price-point.

“It is something that we had been mulling for the last few years — the trouble was that we were waiting for the ‘right timing’ to pull the trigger because it’s a difficult strategy to market to HNWIs when there aren’t obvious signs of distress,” he explained.

“However these specialised funds that are in a position to take advantage of this current distress environment — to invest in companies disrupted by the crisis, at compelling prices and drag it out over a three to four year period — are very well placed,” Low continued.

Low also sees an opportunity for private debt — a market that accounts for over US$800 billion in AUM, according to Preqin — to fill the vacuum left by banks reticent to provide credit to newer or struggling small-to-medium businesses, just as it did after the 2008 global financial crisis, when financial authorities tightened credit requirements and imposed new capital requirements on banks.

“If you parallel [today with] 2008, when banks were unwilling to lend, this created an opportunity for private debt funds to step in — and they did very well,” he observed.

“In the last crisis, what you could get was a 10% cash coupon with a 3-5% payment in kind, back-ended. So if you are reaching returns of 14-15%, that’s close to what PE would get you, but with a lower risk debt instrument.”

The ‘denominator effect’
Elsewhere, Low has a mild interest in private market secondaries which could become an attractive thematic, but that is contingent on how public markets perform here on out and, crucially, whether institutional investors are compelled to liquidate positions — a situation known as the ‘denominator effect’.

A recent global survey of members of the US-based Institutional Limited Partners Association (ILPA) found that 63% of limited partners were either concerned (52%) or extremely concerned (11%) about their policy target band to PE.

“I don’t expect this to happen immediately. The situation will become clearer in May and August around financial reporting, which could trigger some forced selling into the secondaries market,” said Low.

“But a lot of institutions have at least a quarter to adjust, and if public markets continue to rebound, the denominator effect is unlikely to be a major factor.”

Nevertheless, Low said BNP Paribas Wealth Management may look to offer a secondary fund further down the line, on the grounds that it would be buying at larger discounts due to forced sellers and possibly with a shorter holding period compared to a more normal environment. If so, that would mark the first such offering from the private bank since 2011.